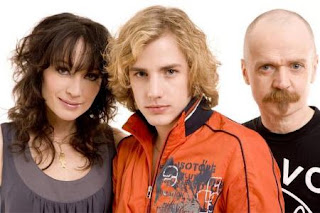 BWO is a Swedish electro pop group, formed in 2004 by composer and keyboardist Alexander Bard, Ukrainian-born keyboardist Marina Schiptjenko and Polish-born singer Martin Rolinski. Prior to early 2006 they used the name Bodies Without Organs. In Sweden they have enjoyed considerable commercial success throughout their career, so far notching up 15 Top 40 singles, including a Number 1 with Temple of Love, and five Top 10 albums including a Number 1 with Halcyon Days, and have won several major Swedish music awards. Since the mid 2000s, BWO have had significant chart success in several Eastern European countries including Ukraine and Russia, and some moderate success in the United Kingdom, Switzerland, Germany, Norway, Denmark, Finland, and the United States. 2009 saw a major breakthrough for the band in Japan, China and Taiwan with the compilation album Sunshine In The Rain, especially designed for the Asian market. This release was greatly supported by leading Asian star Jolin Tsai, whose international #1 hit cover version of a BWO song opened Asia to the Swedish band. As a curious note, BWO is not a full-time project for any of the members. In fact, Alexander Bard works as a philosopher; Marina Schiptjenko is an art dealer in Stockholm and Martin Rolinski has a Master of Science in Engineering and works in that field. 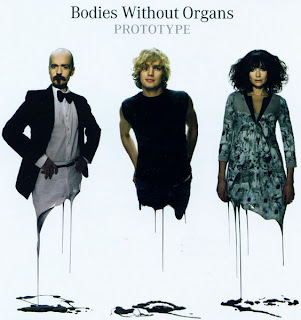 Prototype is BWO's first studio album, released on March 9, 2005. It was a huge success in Sweden, selling over 80.000 copies- and attained the Platinum status. Most of the album was written by Alexander Bard and Anders Hansson, but Son Of A Gun, Open Door and Say I Love You were also written by Martin Rolinski. Marina Schiptjenko co-wrote Voodoo Magic with Bard and Hansson. A mix of Voodoo Magic is featured in the swedish vampire flick Frostbiten. The album peaked at #2 in Sweden. The singles taken from this album were: Living in a Fantasy (#44 Sweden), Conquering America (#27 Sweden), Sixteen Tons of Hardware (#11 Sweden), Gone (#40 Sweden), Open Door (#28 Sweden), Sunshine in the Rain (#12 Sweden), and Voodoo Magic (#38 Sweden). 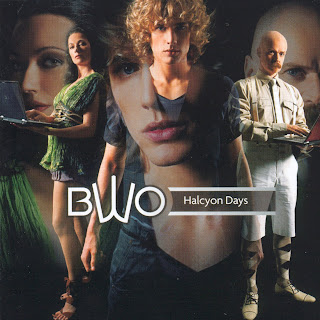 Halcyon Days is BWO's second studio album, released on April 19, 2006. It was the first BWO album to reach the # 1 spot in the Swedish album charts and was certifed as a gold-selling album by the Swedish Recording Industry Association. The singles taken from this album were: Temple of Love (#1 Sweden), We Could Be Heroes (#18 Sweden), Will My Arms Be Strong Enough (#39 Sweden), and Chariots of Fire (#45 Sweden). 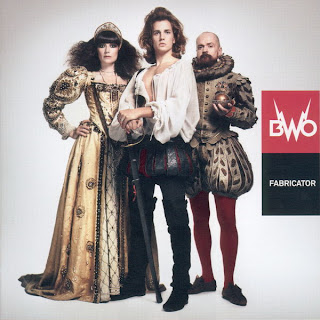 Fabricator is BWO's third studio album, released on September 19, 2007. It contains mostly new songs, but also included a remake of Alcazar's Save my Pride, which also served as the first single of this album. Also included is Chariots of Fire, which was previously released on the group's sophomore studio album Halcyon Days. The album peaked at #6 in Sweden. The singles taken from this album were: Save My Pride (#14 Sweden), Let It Rain (#23 Sweden), Rhythm Drives Me Crazy (#35 Sweden), The Destiny of Love (#56 Sweden), and Give Me the Night. 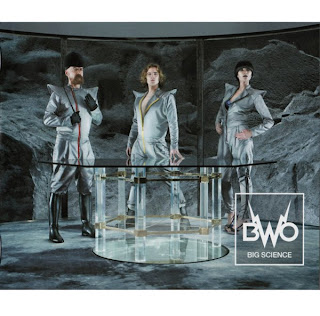 Big Science is BWO's fourth and so far last studio album, released on April 1, 2009 in Sweden and on October 5, 2009 in the U.K. It contains 12 new songs and 2 remixes. The first single of this album is "You're Not Alone", which was released as a ballad and as a disco version (like they did with Open Door). The ballad version also served as BWO's entry in the 2009 Melodifestivalen. For unknown reasons, the album doesn't include the UK remixed version of Right Here, Right Now featuring Velvet. The album charted at #9 in Sweden. The singles released from this album were: You're Not Alone (#11 Sweden), Right Here Right Now (#28 Sweden), Rise to the Occasion, and Kings of Tomorrow. 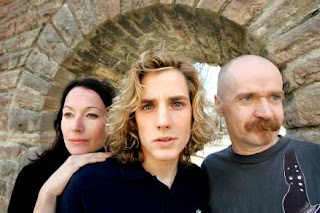 Bells of Freedom EP is a self-made compilation which takes on the 3 new tracks released for their greatest hits album Pandemonium, released in 2008. The 3 tracks all were released as singles: Lay Your Love on Me (#2 Sweden), Barcelona (#56 Sweden), and The Bells of Freedom (#15 Sweden).