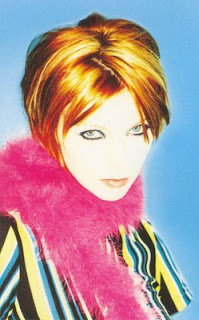 Catherine Roseanne Dennis was born on March 25, 1969 in Norwich, England. She is a British dance-oriented pop singer-songwriter, record producer and actress. After a moderately successful international solo career, Dennis later received great success as a writer of pop songs, scoring 8 UK number ones and winning five Ivor Novello Awards. As a teenager she was spotted recording Stevie Wonder-influenced demos at The Kitchen in Norwich with her father (himself an experienced musician and local restaurateur) on piano. At the time she was working for Norwich Union. Simon Fuller signed her to his 19 Management company (with whom she is still signed) and to label Polydor at aged 17, and this began a career-long association with the impresario that has seen Dennis provide songs for many Fuller-related artists and projects. She became the first female British solo artist to score 4 consecutive top 10 hits from a debut album. Among these were her signature hit, Touch Me (All Night Long) and the ballad Too Many Walls. After the release of her 1996 album (her third and last one) Am I The Kinda Girl, she retired from her recording career and focused on her songwriting career, which has shown quite profitable and successful. Among the hits she's written are Kylie Minogue's Can't Get You Out of My Head, Britney Spears's Toxic and Katy Perry's I Kissed a Girl, among a wide number of other hits. In 2004, Dennis was listed 66th in the Q Magazine list of the top 100 most influential people in music and in 2006 she won the UK music industry's Woman of the Year Award. 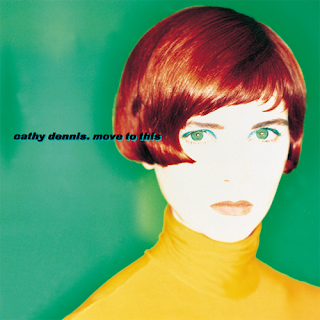 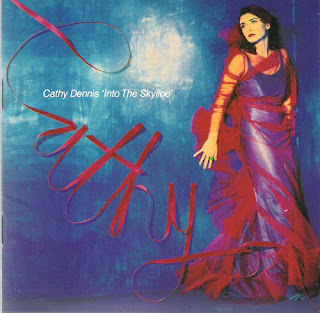 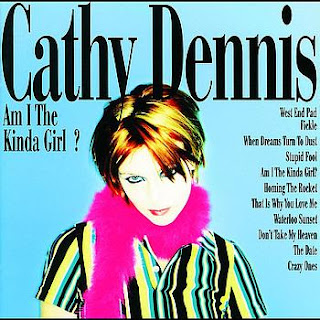 Am I the Kinda Girl? is Cathy Dennis' third and last studio album, released in 1996. Dennis changed musical track: away from the dance-pop sound of previous releases, to a more traditional singer-songwriter approach. The resulting album, Am I the Kinda Girl?, was more in keeping with the Britpop sound of bands such as Blur and performers such as Stephen Duffy, and featured collaborations with Guy Chambers of The Lemon Trees and Andy Partridge of XTC. However, even though a couple of singles charted in the UK (including a Number 11 cover of Ray Davies' "Waterloo Sunset"), the album failed to make much inroads into the album charts. The album charted to #78 in the U.K. The singles released from this album were: West End Pad (#25 U.K.), Waterloo Sunset (#11 U.K.) and When Dreams Turn to Dust (#43 U.K.).