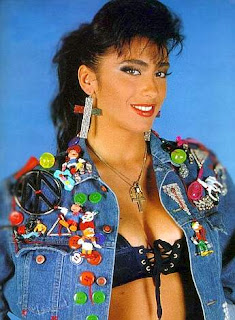 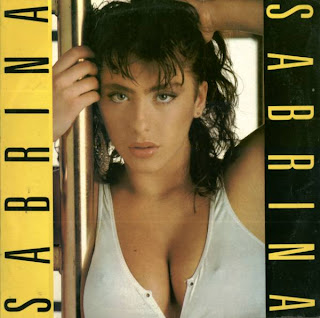 Sabrina's first studio album Sabrina was released in late 1987. This includes her signature hit Boys (Summertime Love), Sexy Girl, Hot Girl and some cover versions like Rod Stewart's Da Ya Think I'm Sexy and The Knacks' My Sharona and LaBelle's Lady Marmalade. The singles spawned from this album were: Sexy Girl (which was released in 1986, #20 Italy), Lady Marmalade (#41 France), Boys (Summertime Love) (#1 Italy, #3 UK and top 5 pretty much everywhere) and Hot Girl (#21 Italy, #2 Spain). Many people say that Hot Girl became such a big hit in Spain because Sabrina performed this song in a TV show and her breasts came off from the halter top she was wearing due to the fact that she was dancing very enthusiastically. This album charted at #4 in Finland, #24 in France and #11 in Switzerland. 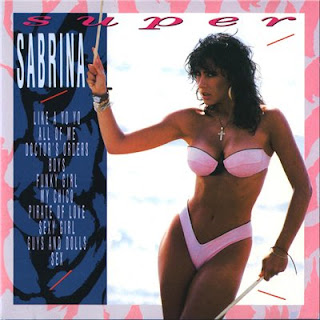 Sabrina's second studio album, Super Sabrina, was released in 1988. Sabrina continues with the same line of music, kind of a pop Italo disco sound. The album reached #9 in the Finnish album charts. The singles spawned from this album were the S/A/W-produced All of Me (#12 Italy, #25 U.K.), My Chico (#1 Italy), and Like a Yo Yo (#18 Italy, #1 Finland). The album charted at #9 in Finland, #39 in Sweden and #28 in Switzerland. The downloaded file will be of the LP version of this record. 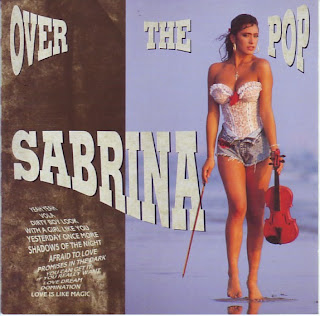 Sabrina's third studio album, Over the Pop was released in 1991. By this time, Sabrina had a strong desire to grow as an artist and stop relying heavily on her sexy image. This led to conflicts with her management and her record label and the promotion for this album was eventually halted and only two singles were released: Yeah Yeah (#24 Italy) and Shadows of the Night. This album also includes her duet with Italian singer Jo Squillo, Siamo Donne (#11 Italy) and a cover of The Carpenters' Yesterday Once More. It is important to mention that this is Sabrina's first album in which she contributed with co-writing and even co-producing some of the songs. The download file for this album will be the picture disc edition. 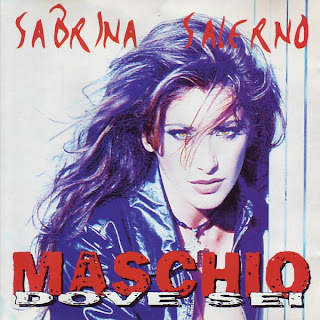 Maschio Dove Sei is Sabrina Salerno's fourth studio album and her first using her full name and her first to be performed in her native tongue. It was released in 1995. She started recording Italian songs in 1995 that had an Italo rock style sound instead of her signature dance style. Even some tracks she had recorded in English in 1994 were rerecorded in this new style, like the track "Maybe Your Love" which became "Gioco Perverso". The result was the album Maschio Dove Sei, which was released by the Italian NAR label, in late 1995. The album was later licensed to Barsa Promociones in Spain, who released it with a slightly different picture sleeve and a different print on the CD. The album was surprisingly critically acclaimed though it was a commercial flop due to lack of promotion and distribution. Only two singles were released: Maschio Dove Sei and Fatta e Rifatta. This album includes an Italian version of Kim Wilde's song Stay Awhile, Alice Rivivrà. Maschio Dove Sei was rereleased in 1997 under the title Numeri, which included a bonus track which was the title track, Numeri. 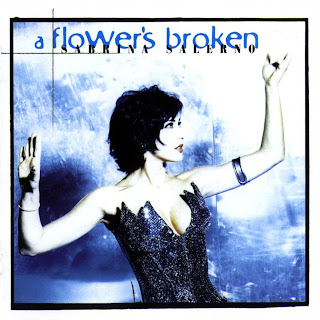 A Flower's Broken is Sabrina's fifth and so far last studio album, released in January 1999. It was produced by Enrico Monti and Sabrina herself and was finally released in Italy and Spain by the RTI-Music label. Style-wise, the album saw Sabrina's return to electronic dance-pop, the type of music she has been known and loved for before she discarded this style for 1995's Maschio Dove Sei album. Only one single was released from this album - "I Love You". Unfortunately, both the album and the single were unsuccessful and the album's music label RTI Music (controlled by Mediaset) was being sold at the same time of the album's release, and all marketing and promotion was stopped. The only single taken from this album was I Love You. 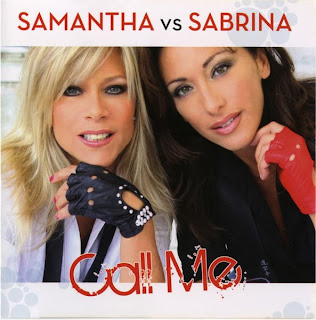 Call Me is a mini album released in June 15, 2010. Since late 2009 there were strong rumors that the two queens of voluptuous pop, Samantha Fox (!) and Sabrina Salerno (!) were gonna record a duet together. You've heard it!! Their final collaboration was a rerecording of Blondie's hugely successful 1980 hit, Call Me. Both women self-produced the record and there are 3 versions of this mini album. One, the 10 track (plus the video) version, which is the one that will be uploaded here. This version even includes solo versions of Call Me from each of the ladies, a remix of Sabrina's classic Italo disco hit, Gringo, among other tracks. Another version is the picture disc version which consists of 4 tracks only and another version is the 8-track version which is made up of only remixes of Call Me. It certainly is everything worth to watch, listen, and form part of the experience of the biggest news of the year in the 80's revival department. The duet of the two queens of voluptuous pop. Don't miss this!!! 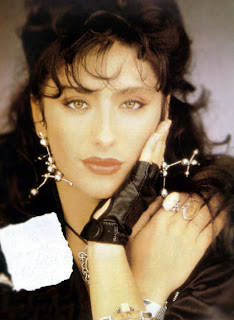 This is a self-made compilation which comprises of Sabrina's non-studio album releases such as her 1989 hit, Gringo, the 1990 version of Yeah Yeah, Angel Boy, her cover version of The Cardigans' Erase and Rewind among others.