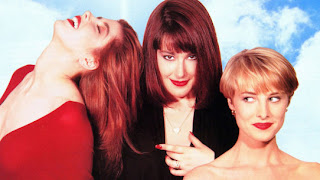 Wilson Phillips is an American vocal group consisting of sisters Carnie Wilson Wendy Wilson and childhood friend, Chynna Phillips. Their 1990 self-titled debut album sold over 10 million copies worldwide, and scored three number one singles on the Billboard Hot 100 making the trio, at the time, the best-selling female group of all time. In 1990, the group won the Billboard Music Award for Hot 100 Single of the Year for Hold On, and in addition was nominated for four Grammy Awards and two American Music Awards. The band broke up in 1993 due to Chynna Phillips feeling exhausted therefore causing the group to take a break and the sisters having their own music project and Chynna having her solo career. However, they didn't release any albums until 2004 and they have been going on ever since. 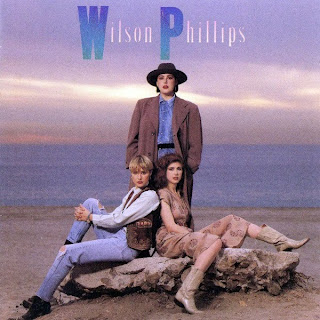 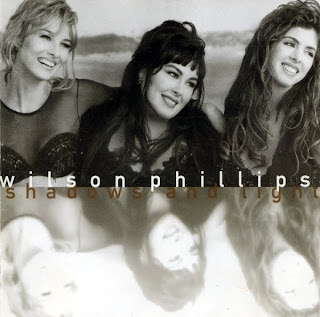 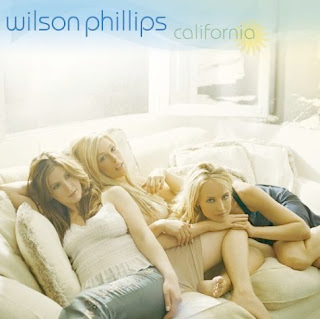 California is Wilson Phillips' third studio album, released on May 25, 2004. The group reunited in 2003 to record it. It is their first studio album in twelve years. The album peaked at #35 on the charts, and it sold 31,000 copies. The singles taken from this album were: Go Your Own Way (#13 U.S. Adult Contemporary charts), Already Gone and Get Together. 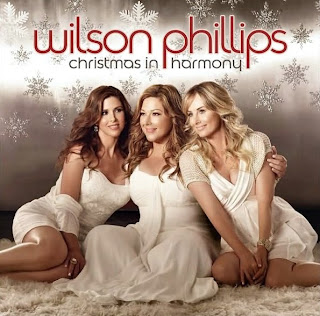 Christmas in Harmony is Wilson Phillips' fourth and so far last studio album, released on October 12, 2010. It is their first in six years, after their 2004 covers album California. The album sees them reunite with Glen Ballard, who also produced their first two albums. It is the first Christmas album of the group, although the Wilson sisters released a Christmas album in 1993, titled Hey Santa!, and Carnie Wilson released a solo Christmas album titled Christmas with Carnie in 2007. It includes a mixture of traditional Christmas carols, covers of Christmas themed songs and new compositions. The song "Warm Lovin' Christmastime" was written by Carnie's husband, Rob Bonfiglio, and was originally included on Carnie's solo Christmas album. The first single to be released is "I Wish It Could Be Christmas Every Day", and the group have filmed a videoclip for it. 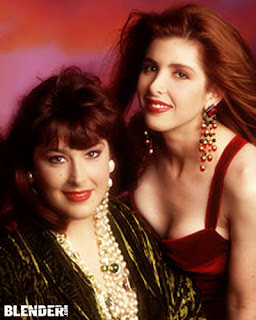 The Wilsons is the short lived duo consisting of sisters Carnie and Wendy Wilson, formed after Wilson Phillips' break up in 1993. 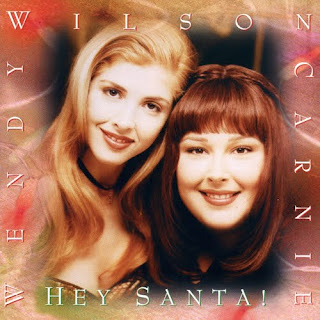 Hey Santa! is The Wilsons' debut album, released on October 5, 1993. It entered the Billboard Top Pop Albums chart on December 25, 1993. The album was the first album recorded by the Wilson sisters after the group Wilson Phillips went on hiatus. The album was not a commercial success, peaking at #116 on the Billboard Top Pop Albums chart, and reaching #25 on the Top Holiday Albums chart. The track listing for the album consists of eleven Christmas standards, plus the original title track, Hey Santa, written by Jack Kugell and Carnie & Wendy Wilson. The title track is about a man returning home to his love on Christmas, after his love wished that Santa would "bring [her] baby home tonight." SBK Records released one single to radio and retail. Hey Santa, backed with Have Yourself a Merry Little Christmas, was issued on cassette single and on a green vinyl 45rpm, SBK S7-17648-A, and reached #22 on the Billboard Top Adult Contemporary chart. It also reached #1 on the Billboard Bubbling Under the Hot 100 chart, often shown as #101 on the Hot 100 in Billboard reference books. The single still receives recurrent airplay during the Christmas holiday season. Carl Wilson, Carnie & Wendy's Uncle and a Beach Boy founding member, features prominently in the backing vocal. The album also features a Wilson family recording from 1977 of I Saw Mommy Kissing Santa Claus that features the Beach Boys on backing vocals and a wide range of Beach Boys band members' children, including Matthew & Adam Jardine, Hailey & Christian Love, and Jonah & Justyn Wilson. Hey Santa was later reissued with the same content and a two-page booklet without lyrics in 1999 with the catalog number 98289 by EMI/Capitol Special Markets on both CD and cassette. As of November, 2007, this version of Hey Santa is still available. In 2007, Carnie Wilson released a solo Christmas album, Christmas With Carnie, that features new versions of many of the same songs. 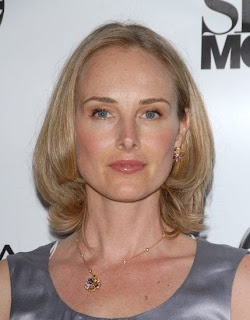 Gilliam Chynna Phillips was born on February 12, 1968 in Los Angeles, California. She is an American singer and actress, known for being a member of Wilson Phillips and for being the daughter of The Mamas & the Papas' band members John and Michelle Phillips and the half-sister of actress Mackenzie Phillips, Bijou Phillips, Jeffrey Phillips, Tamerlane Phillips, and Austin Hines. She also has a former stepbrother Gray Hines, and an adopted brother Aron Wilson. 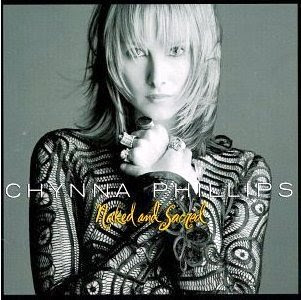 Naked and Sacred is Chynna Phillips' first and only studio album, released on November 7, 1995. She was the only member of the group to remain on her label, EMI, after they went on an indefinite break in late 1992. It was a commercial failure, selling only a scant 22,000 copies in the United States according to Billboard.com. Chynna co-wrote 9 of the 11 tracks, featuring productions from Rick Nowels, Glen Ballard (who produced the majority Wilson Phillips' previous work), and Desmond Child. According to Chynna, she was offered $1 million to record a solo album for EMI, and was dropped shortly after due to poor sales. Three singles were commercially released from the album: "Naked and Sacred", "I Live For You", (which was featured in the 1996 movie Striptease starring Demi Moore), and "Just To Hear You Say That You Love Me". The album track "Remember Me" was released in promo form and sent to U.S. radio in 1996, but was never commercially released and never charted. "Just To Hear You Say That You Love Me", which was written by Diane Warren and later recorded as a duet by Tim McGraw and Faith Hill (featured on Hill's Faith), was released internationally in 1996.