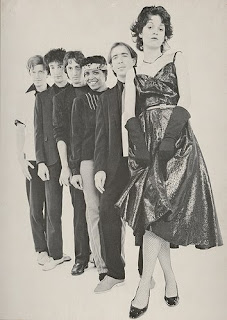 The Waitresses was an experimental New Wave band from Akron, Ohio. The group was led by guitarist/songwriter Chris Butler with lead vocals performed by Patty Donahue. They were best known in the UK for the song "Christmas Wrapping", which still gets airtime on the radio every Christmas. In the USA they had minor success with the song "I Know What Boys Like," from their 1982 debut album Wasn't Tomorrow Wonderful. "I Know What Boys Like" was originally released as a single in 1980 but did not chart. In 1982 the song peaked at #62 on the Billboard Hot 100, #23 on Billboard's Top Tracks chart and #14 on the Australian Singles Chart (Kent Music Report). The Waitresses also recorded the theme song to the television program Square Pegs which aired during the 1982–1983 season. Their new wave Christmas song "Christmas Wrapping" was originally released on the ZE Records album A Christmas Record in 1981, and became a #45 hit in the United Kingdom in 1982. The song was subsequently covered by the Spice Girls in 1998, as the B-side of their single "Goodbye". Butler's diverse musical interests are apparent from the use of prepared piano on "No Guilt," microtonal background vocals on the chorus of "Wise Up," tape loops and short wave receiver on "Jimmy Tomorrow," and the title of "Make the Weather" (taken from Hugo Ball's autobiography Flight Out of Time). Saxophonist and reed player Mars Williams had also worked as Anthony Braxton's copyist. The band's lead singer Patty Donahue left in summer 1984 and was briefly replaced by Holly Beth Vincent. Vincent left the band two weeks later, and Donahue later came back. The band finally split up in late 1984 after the departures of Carney and Klayman. After the group's break up, talks of reunions took place. However, in 1996 lead singer Patty Donahue died of lung cancer at age 40 so the idea of reuniting came to an end. 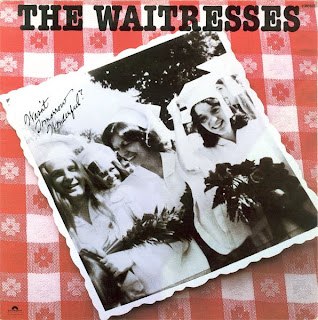 Wasn't Tomorrow Wonderful? is The Waitresses' debut album, released on January 11, 1982 originally on ZE Records and subsequently licensed by Polydor. The album peaked at # 41 in the Billboard chart and included the earlier single "I Know What Boys Like." The only single taken from this album was I Know What Boys Like, which charted to #62 in the U.S. 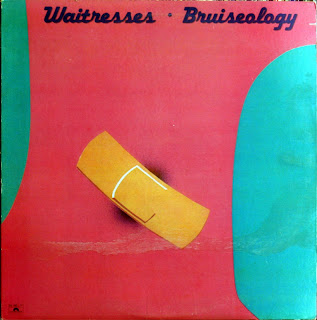 Bruiseology is the second and last studio album by The Waitresses, released in May, 1983. The album became a flop and they disbanded a year later. The album charted to #155 in the U.S and once again just one single was taken from this album and that was Make the Weather. 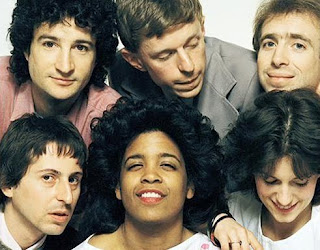 The Waitresses EP is a self-made compilation which consists of 3 of the 5 tracks from their 1982 EP I Could Rule the World If I Could Only Get the Parts. Here appear their Christmas hit, Christmas Wrapping (#45 U.K.) and the theme song of 1982-1983 high school-centered sitcom Square Pegs, starring a teenage Sarah Jessica Parker.