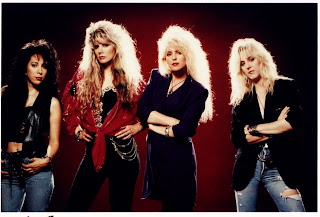 Vixen is an all-female American hard rock band which achieved some commercial success during the late 1980s and early 1990s as part of the Los Angeles, California glam metal scene with the classic line up consisting of: Vocalist and rhythm guitarist Janet Gardner, original founding member and lead guitarist Jan Kuehnemund, bassist Share Pedersen and drummer Roxy Petrucci. The band was originally formed in St. Paul, Minnesota back in 1980 when Jan Kuehnemund was still in high school. In 1985, the band moved to Los Angeles, California to be part of the L.A. rock scene. In 1988 the band was signed to EMI, and they began recording their debut album Vixen, which was released in September 1988. Singer-songwriter Richard Marx actually wrote and arranged their signature hit, "Edge of a Broken Heart", as well as performing keyboards and producing the song. Rumor was he was asked to assist the all-female band by EMI to produce their first major-hit, to compete with the all-female band the Bangles. Richard Marx had nothing to do with their follow-up CD, since he was becoming more of a mainline- singer than songwriter. Vixen spent the next year touring the world, supporting acts such as Ozzy Osbourne, Scorpions, and Bon Jovi, as well as headlining their own shows. The band returned to the studio in late 1989/early 1990 to record their follow up album, Rev It Up, which was released in July 1990. A year of touring followed, including headlining their own shows and supporting acts such as KISS and Deep Purple. In mid-1991, the group disbanded due to musical differences. In 1997, drummer Roxy Petrucci reformed Vixen, with Janet Gardner (lead vocals, rhythm guitar), Gina Stile (lead guitar), and Rana Ross (bass). This lineup toured the United States in 1997, and in 1998 Gardner, Stile, and Petrucci recorded the album Tangerine. After the release of the new album, Roxy's sister Maxine Petrucci was brought in to play bass on a U.S. tour of 1998, but they were sued for copyright infringement by Kuehnemund. In 1999, Share Pedersen joined her husband's band, the Dogs D'Amour, who were reforming after a long hiatus. She appeared on their 2000 album, Happy Ever After, playing bass, keyboards, and, backing vocals. Share and her husband, Bam, also have their own band, Bubble, which is very popular in L.A..In 2001, Vixen was reformed by Kuehnemund with a lineup consisting of herself, Janet Gardner, Roxy Petrucci, and new bassist Pat Holloway. This lineup toured the U.S. as part of the Voices of Metal tour. Unfortunately, half-way through the tour, disagreements caused the band to split-up, with only Kuehnemund remaining. In 2004, VH1 approached the four members of the "classic lineup" to appear on their show, Bands Reunited. The show was recorded in August 2004, and broadcast in the U.S. in November 2004. Following the broadcast of the VH1 show, EMI re-released the first two Vixen albums, Vixen and Rev It Up. 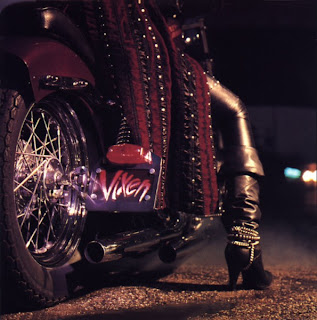 Vixen is Vixen's debut album, released in September, 1988. The album has sold over a million copies in the U.S. It spawned the following singles: The Richard Marx-composed Edge of a Broken Heart (#26 U.S.), Cryin' (#22 U.S.), and Love Made Me. 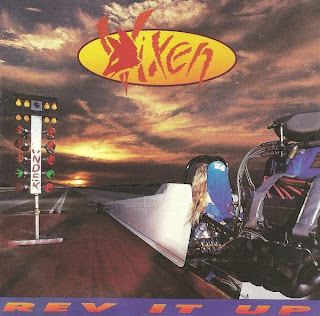 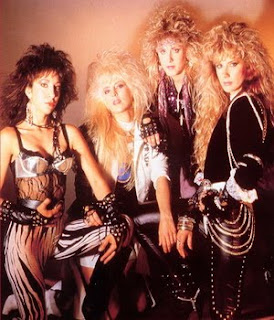 This is a live gig that took place at Hammerjacks in Baltimore on October 21, 1990 in order to promote their then latest album, Rev It Up. The bulk of the show is made up of the Rev It Up tracks but it also includes hits like Edge of a Broken Heart and Cryin' from their debut album. 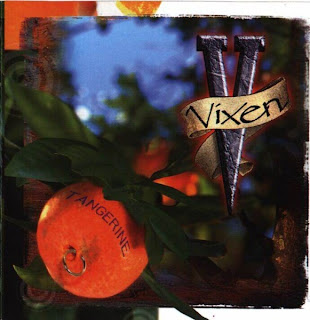 Tangerine is Vixen's third studio album, released in 1998. It was recorded without former members Jan Kuehnemund and Share Pedersen. The line up for this album was Janet Gardner, Roxy Petrucci, Gina Stile, and additional bass player Mike Pisculli. Different from the classic Vixen sound, it was more grunge than hard rock. 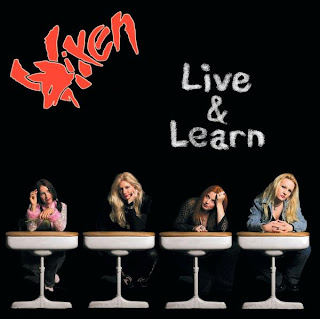