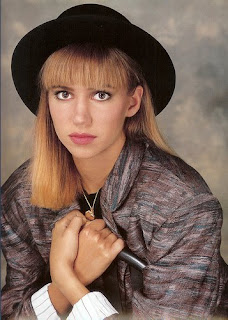 Deborah Ann Gibson was born on August 31, 1970 in Brooklyn, New York, U.S.A. She is an American singer-songwriter and actress. She became famous at the age of 16. The following year, she was pronounced the youngest artist to write, produce, and perform a #1 single on the Billboard Hot 100, with her song "Foolish Beat" and she remains the youngest female to write, record, and perform a #1 single to date. She appeared on the covers of teen magazines (in the USA), such as Tiger Beat. By this time she and fellow teen queen Tiffany were pitted as rivals for teen pop queen. However, it has been revealed that they have always been good friends. She has gone on to starring roles on Broadway and touring musicals, as well as independent film and television work. In 2005, she posed for Playboy magazine -something she said she would never do- in order to promote her then new single, Naked. She continues to record, and reached the Billboard Adult Contemporary chart as high as #24 during 2006 in a duet with Jordan Knight titled "Say Goodbye." 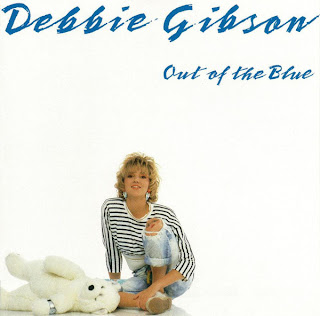 Out of the Blue is Debbie Gibson's debut album, released on August 18, 1987. Gibson personally wrote all ten songs on this album. As executive producer, Douglas Breitbart of Broadbeard Productions, Inc. (whom Gibson's mother had hired as manager five years before), assembled a team of producers from both New York and Florida: Fred Zarr, John Morales, Sergio Munzibai and Lewis A. Martineé. Zarr produced "Shake Your Love" and "Fallen Angel" in addition to "Only in My Dreams," and co-produced "Out of the Blue," "Staying Together" and "Wake Up to Love" with Gibson, sole producer for "Foolish Beat." Morales and Munzibai produced "Red Hot" and "Between the Lines." Martineé produced "Play the Field". The album charted to #7 in the U.S. (3 Platinum discs) and #26 in the U.K. (Gold disc). The singles taken from this album were: Only in My Dreams (#4 U.S., #11 U.K.), Shake Your Love (#4 U.S., #7 U.K.), Out of the Blue (#3 U.S., #19 U.K.), Foolish Beat (#1 U.S., #9 U.K.), Staying Together (#22 U.S., #53 U.K.), and Red Hot. 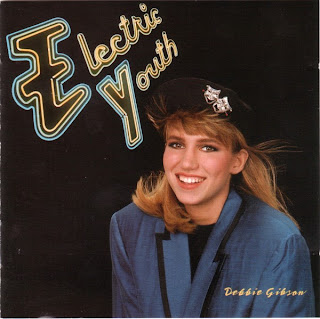 Electric Youth is Debbie Gibson's second studio album, released on January 24, 1989. As with Out of the Blue, all tracks were written by Gibson, and she single-handedly produced six of the tracks. She was also given half of the production credits on one track alongside Fred Zarr who produced the other four tracks. The album, like her first, contained mainly bubblegum-pop songs, though other, more mature styles were touched upon. Gibson promoted the album with "The Electric Youth World Tour" in 1989. In parallel with the album, she created an Electric Youth perfume under Revlon, and various makeup essentials for young girls through Natural Wonder Cosmetics, one of her sponsors at the time, distributed throughout the US. The album charted to #1 in the U.S. and stayed there for 5 weeks. (2 Platinum discs). It also charted to #8 in the U.K. (Gold disc). The singles taken from this album were: Lost in Your Eyes (#1 U.S., #34 U.K.), Electric Youth (#11 U.S., #14 U.K.), No More Rhyme (#17 U.S.), and We Could Be Together (#71 U.S., #22 U.K.). 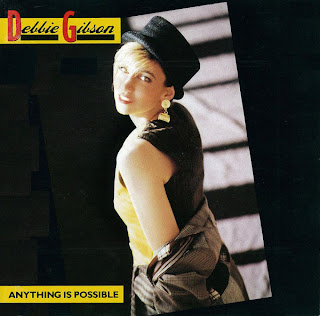 Anything Is Possible is Debbie Gibson's third studio album, released on November 13, 1990. The album is divided in two sections. One called NRG which consists of the upbeat tracks. The other one is called Mood Swings, which is made up of ballads. The album was her first one not to reach the Top 10 in the U.S. It peaked at #41 over there, earning a Gold disc. It also reached #69 in the U.K. The singles released from this album were: Anything Is Possible (#26 U.S., #51 U.K.), This So-Called Miracle, One Hand One Heart, One Step Ahead (#18 U.S. Dance charts), Sure, and In His Mind (#90 Japan). 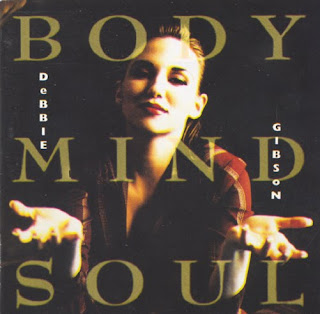 Body Mind Soul is Debbie Gibson's fourth studio album, released on January 19, 1993. The album failed to find favor with the record buying public. This propelled the album to chart at only #109 in the U.S. However, in Japan it was successful where it reached #13. The singles taken from this album were: Losin' Myself (#86 U.S., #73 Canada), Shock Your Mama (#74 U.K.), How Can This Be?, and Free Me. 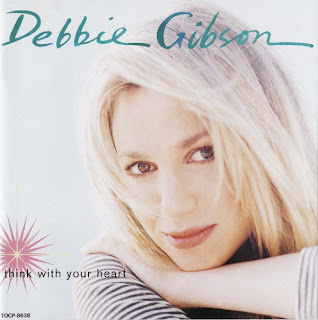 Think with Your Heart is Debbie Gibson's fifth studio album, released on July 3, 1995. The album only sold 25,000 copies in the U.S. However, in Japan it peaked to #46 and it also had some chart success in countries like South Africa. The singles taken from this album were: For Better or Worse and Didn't Have the Heart. 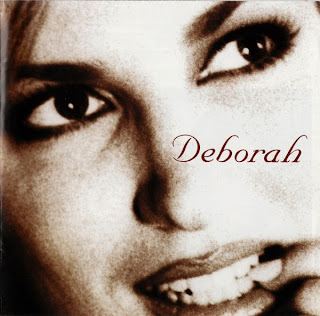 Deborah is Debbie Gibson's sixth studio album, released on December, 1996. This was the first release where the singer was credited with her full name. The singles taken from this album were: Only Words (#37 U.S. Dance charts), Moonchild, and Naturally. 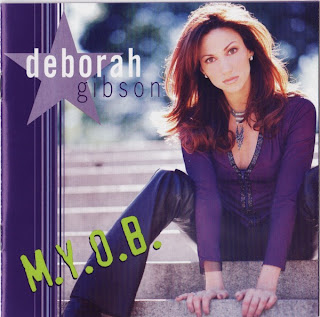 M.Y.O.B. (Mind Your Own Business) is Debbie Gibson's seventh studio album, released on March, 2001 on her own Golden Egg record label, and sold 20,000 copies in America. The singles taken from this album were: What You Want and Your Secret. 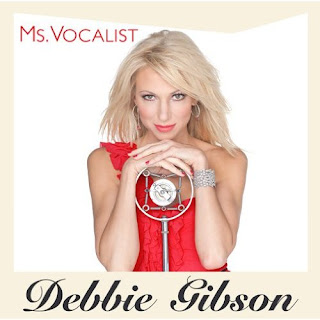 Miss Vocalist is Debbie Gibson's ninth studio album, released on November 3, 2010. This is a Japan-only release. This time around Debbie Gibson's covers Japanese love songs. She even re-recorded her #1 1989 hit, Lost in Your Eyes. The only single taken from this album was: I Love You. 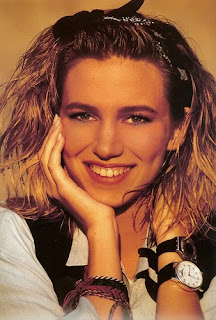 Debbie Plus is a self-made compilation which consists of some (and very few, hehe) non-album studio songs. This includes her 1990 Japan-only single Without You, her take on Grease's You're the One That I Want, when she did the play back in 1993, her duet with New Kids on the Block member, Jordan Knight, Say Goodbye, among some other tracks.