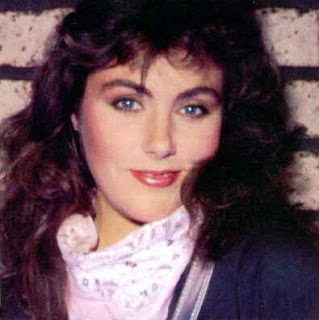 Laura Ann Branigan was born on July 3, 1957 in Brewster, New York, U.S.A. She was an American singer-songwriter and actress of Italian and Irish ancestry. She is best known in the United States for her 1982 Platinum-certified hit "Gloria" and in Europe for the number-one single "Self Control". Branigan is also remembered for the Top 10 "Solitaire," and for the number-one Adult Contemporary hit "How Am I Supposed to Live Without You", as well as four other US Top 40 hits. Branigan also contributed songs to notable motion picture and television soundtracks, including the Grammy- and Academy Award-winning Flashdance soundtrack (1983), the Ghostbusters soundtrack (1984), and the Baywatch soundtrack (1994), as well as having songs featured in the popular Grand Theft Auto video game series. Her signature song "Gloria" stayed on the Billboard Hot 100 for 36 weeks, at the time a record for a female artist. The song holds a place in the top 100 singles of both 1982 and 1983. Sadly, she died on August 26, 2004 due to brain aneurysm. At the time the media reported that she had been experiencing chronic headaches several weeks before her death but she never sought medical attention. Her ashes were scattered all over Long Island Sound. She also did some acting and appeared in Broadway a few times. 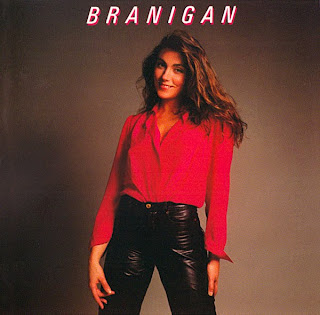 Branigan is Laura Branigan's debut album, released in March, 1982 by Atlantic Records. The album included two singles: "All Night With Me", which didn't break the Top 40, and an English version of the Italian hit "Gloria," which made the singer a star. The album included ballads "If You Loved Me" and "I Wish We Could Be Alone," the latter written by Branigan. It also included the pop-rock "Please Stay, Go Away" and the straight-ahead rock of "Living A Lie". The album went gold in the U.S., which means it sold 500, 000 copies there. Her Eurodisco version of "Gloria" was nominated for a Grammy Award for Best Female Pop Vocal Performance. The album charted at #34 in the U.S. The singles released from this album were: All Night with Me (#69 U.S.) and Gloria (#2 U.S., #6 U.K.). 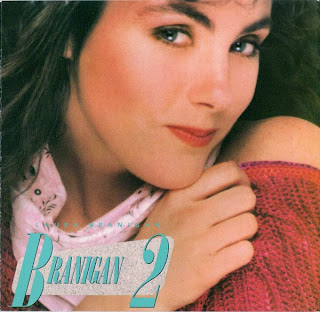 Branigan 2 is Laura Branigan's second studio album, released in March, 1983 by Atlantic Records. Two hit singles emerged from the album, the dramatic "Solitaire" and her introduction of the ballad "How Am I Supposed to Live Without You". The album improved upon the chartings of her debut in the U.S., Australia and Japan, and Allmusic would later write that "Laura Branigan's full, expressive voice shows serious growth" on "a much more cohesive collection" than her debut, commenting that "this album doesn't waste a single track". In addition to establishing Branigan as more than a one-hit wonder following the major success of "Gloria" months before, her second album's two big hits began the careers for two then-unknowns who themselves became industry legends. While "Solitaire" was originally a French song, its English version provided the first major hit for lyric writer Diane Warren, who co-wrote many of Branigan's early songs. Allmusic noted that the song, "with its quiet beginnings and pull-out-all-the-stops finale, shows off just what chops this singer has". The second single from Branigan 2 was the ballad "How Am I Supposed to Live Without You," which was the first major hit for its co-writer, Michael Bolton, beginning for him a successful sideline as a songwriter. He would later pen three more songs for Branigan. While "How Am I Supposed To Live Without You" barely missed the Top Ten on the pop charts, it spent three weeks at Number One on the adult contemporary airplay charts. Allmusic called Branigan's version "far superior" to Bolton's own hit cover from 1989, "simpler, prettier, and (showing) shades of emotion at which Bolton could only hint" Branigan 2 also included the ballad "Find Me", uptempo tracks "I'm Not The Only One" and "Don't Show Your Love", and a cover of The Who's "Squeeze Box". One of the album's tracks, "Deep In The Dark", is a newly-written song to the music of Falco's "Der Kommissar". Allmusic called Branigan's take "sexy" and "welcome" despite a competing English-language remake of the German version the same year by After the Fire. The album was certified Gold in the United States.The album charted at #29 in the U.S. The singles released from this album were: Solitaire (#7 U.S.) and How Am I Supposed to Live Without You (#12 U.S.). 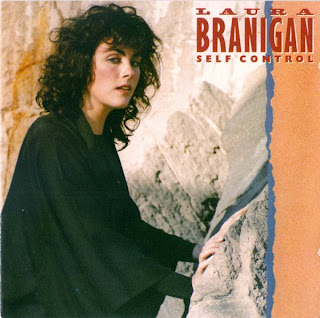 Self Control is Laura Branigan's third studio album, released on April, 1984 by Atlantic Records. The album spawned two US Top-20 hits with the title song (US #4) and "The Lucky One" (US #20). The album became Branigan's biggest commercial success, earning her a Platinum certification in the United States for 1 million + confirmed sales, and selling several million copies worldwide. Branigan also enjoyed huge success in a few countries with the single "Ti amo", which reached #5 in the Canadian singles chart, but most notably reaching #2 in Australia. The album was a huge success internationally, gaining several sales certifications. Self Control was the highest selling album of 1984 in Switzerland, Sweden, and Germany, as was the title track. The album peaked at #23 in the U.S., #16 in the U.K. and made it to the Top 5 in some Scandinavian countries. The singles taken from this album were: Self Control (#4 U.S., #5 U.K.), The Lucky One (#20 U.S., #56 U.K.), Ti Amo (#55 U.S., #100 U.K.), and Satisfaction (#24 Billboard Dance charts). 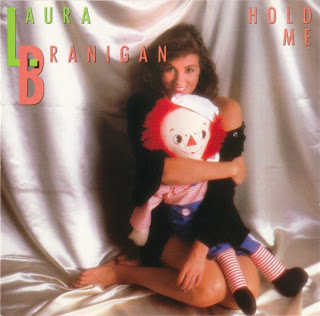 Hold Me is Laura Branigan's fourth studio album, released on July, 1985 by Atlantic Records. The lead single from Branigan's fourth album was Spanish Eddie and was her sixth top-40 hit in two and a half years, although it failed to enter the top-20. A splashy video featuring a newly-svelte Branigan was a hit on the various music video programs of the day (NBC's "Friday Night Videos," TBS' "Night Tracks" and USA's "Night Flight" among the biggest), but it was snubbed by MTV for some reason. Subsequent release Hold Me was a top 40 dance hit and her introduction of the rock ballad I Found Someone (co-written by Michael Bolton) scored even higher on the AC chart, but neither song was supported by a music video, and they stalled in the lower reaches of the pop charts. Despite the surprising lack of sales, the album had many of her most beloved songs, and not only did she continue to perform Spanish Eddie in concert sets throughout her career, but she began a life-long tradition of closing every show with an encore of Forever Young, the chilling ballad that was a cult hit by German band Alphaville. This album continues to be her most sought-after one today, fetching fairly high prices on auction sites. The album charted at #71 in the U.S. The singles released from this album were: Spanish Eddie (#40 U.S., #87 U.K.), Hold Me (#82 U.S.), Maybe Tonight, and I Found Someone (#90 U.S.). 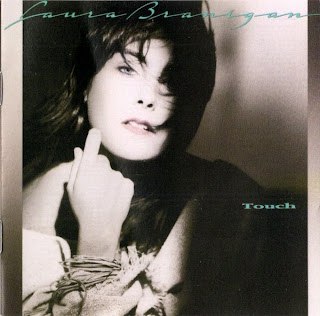 Touch is Laura Branigan's fifth studio album, released in July, 1987 by Atlantic Records. This album marked a change in Branigan's career. Under new management and using a different producer, the singer took a more active role in the studio, gaining hands-on experience which she would use to self-produce tracks on her subsequent albums. Touch also saw her return to dancefloors with the first single, the Stock/Aitken/Waterman-produced "Shattered Glass." She scored a Top 40 hit with a cover of Jennifer Rush's minor U.S. hit, "Power of Love". "Cry Wolf" was the album's third single, and was a top 30 AC hit. The album charted at #87 in the U.S. The singles taken from this album were: Shattered Glass (#48 U.S., #78 U.K.), Power of Love (#26 U.S.), Spirit of Love, and Cry Wolf (#21 Billboard Adult Contemporary chart). 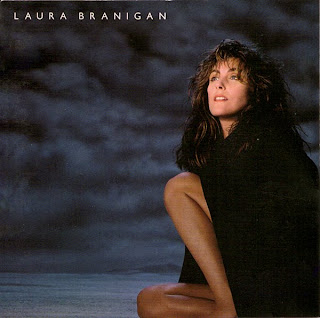 Laura Branigan is Laura Branigan's sixth studio album, released in April, 1990 by Atlantic Records. This album scored an AC hit for Branigan with its second single, "Never In A Million Years." The album also brought the singer back to the tops of the Hi-NRG charts and dancefloors with its first single, "Moonlight On Water," and a trendy update of Vicki Sue Robinson's disco-era "Turn the Beat Around." The latter was the first of many songs on which Branigan added producing to her list of credits. A slew of promo remixes were embraced by many of the DJs that first brought her to fame with "Gloria", but "Turn the Beat Around" did not make the broader national dance chart and did not receive an official single release. While a sexy video supported the lead-off single (which was subtitled "Sex On The Beach" on DJ pressings), Laura Branigan became her first album since 1983's Branigan 2 to be promoted by only one music video. While the album would be Laura's last to be commercially available as a vinyl LP, "Moonlight On Water" and "Never In A Million Years" were also Branigan's first singles not to be released in the 7" vinyl format. This would be Branigan's first album not to launch a Top 40 Hot 100 hit, although "Moonlight On Water" came relatively close, the single had a long stay at #59. The song "Unison" was recorded by Celine Dion that same year. The album's closer was another Branigan production, a subdued cover of Bryan Adams' "The Best Was Yet to Come." The album charted at #133 in the U.S. The singles released from this album were: Moonlight on Water (#59 U.S.), Turn the Beat Around (as a promo single only), and Never in a Million Years (#22 Billboard Adult Contemporary charts). 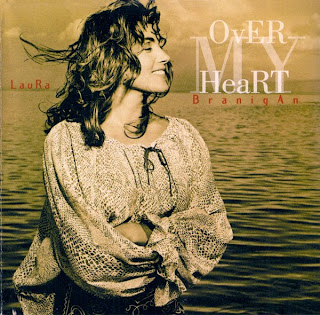 Over My Heart is Laura Branigan's seventh and final studio album, released in 1993 by Atlantic Records. Over My Heart was Branigan's most personal album and saw her again try a hand at producing, alongside successful producer Phil Ramone. While a lead single, the Gloria Estefan-penned "Love Your Girl", aimed for the clubs that made her famous, the album was ballad-heavy, including the opener "How Can I Help You To Say Goodbye"; the Spanish-language "Mujer Contra Mujer"; "Mangwane (The Wedding Song)" (taught to her by her friend Stevie Godson, who was also the executive producer on the track), sung in Sotho, a South African language, and recorded there with the Mmabana Children's Choir; and several of her own compositions, "Didn't We Almost Win It All" and "Over You". The album also includes a cover version of Spanish group Mecano's song Mujer Contra Mujer which Laura sings in Spanish. The singles released from this album were: Love Your Girl, It's Been Hard Enough Getting over You and How Can I Help You Say Goodbye.