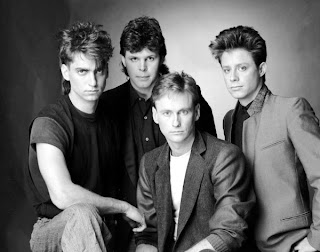 Mr. Mister is an American pop rock band from the 80's. It was formed in 1982 of the following members: Richard Page on vocals and bass guitar; Steve George on keyboards, Pat Mastelotto on acoustic and electronic drums, and Steve Farris on guitars. The band's name came from an inside joke about a Weather Report album called Mr. Gone where they referred to each other as "Mister This" or "Mister That", and eventually selected "Mr. Mister."Mr. Mister may be considered as representative of the melodic sound of 1980s pop rock. Richard Page had previously worked as a session musician (for Quincy Jones) and had composed for Michael Jackson, Donna Summer, Kenny Loggins, Al Jarreau, and many more. In the late 1970s, he and his childhood friend Steve George founded the band Pages (most notable song: "I Do Believe in You") in Phoenix, Arizona, from which Mr. Mister was founded in 1980. The two continued to apply their tight harmonies to background vocals on albums by successful pop artists like Laura Branigan and the Village People, while working to break out their own material. All four members had done extensive session work for other artists and brought numerous influences to the band. When the first Mr. Mister album, I Wear the Face, was released in 1984, Page was offered the chance to replace Bobby Kimball as lead singer of Toto, and later was offered Peter Cetera's place in Chicago; he refused both offers. The second album, 1985's Welcome to the Real World, with lyrics from Page's cousin John Lang, was the breakthrough for Mr. Mister. During this time, Mr. Mister toured with other popular acts including Don Henley, The Bangles, Eurythmics, Tina Turner, and Adam Ant. The band's third album was Go On..., which the band said was "some of the best stuff we ever did," showing a much more mature band and a sound that hinted at progressive rock. Nevertheless, Go On... was not a commercial success. During the 1980s, the group wrote and/or performed songs for several movies, including the title song for Stand and Deliver. Guitarist Steve Farris left around 1989. The band began working on a fourth album, Pull, with session guitarists Buzz Feiten, Trevor Rabin, Doug Macaskill and Peter McRea. The album was completed in 1990, but their label RCA decided not to release it. Soon afterward, the band broke up. The album remained unreleased for 20 years—though one track ("Waiting in My Dreams") appeared on a 2001 greatest hits collection by the band. On November 23, 2010 the remastered album was finally released by the band - in collaboration with Sony music - on Richard Page's independent label, Little Dume Recordings. The album is also available from Sony on iTunes and other digital distribution channels. After Mr. Mister broke up, Page released a solo record and a band record as Third Matinee (with Patrick Leonard) in 1994, and continued to write hit songs for many artists including "I'll Remember" (with Leonard and Madonna), a 1993 hit for Madonna. Two years later, he released Shelter Me, his first solo album. 2010 saw the release of his latest solo disc "Peculiar Life". In December 2010 Page also released an EP of Christmas songs titled "5 Songs For Christmas" which featured a song co-written and produced by Richard and producer Walter Afanasieff titled "I Always Cry At Christmas." Steve George worked extensively as musical director with Kenny Loggins and Jewel. Steve Farris went on to work with Rod Stewart, Whitesnake, Tori Amos (during her tenure in Y Kant Tori Read), and 4 Non Blondes. Pat Mastelotto recorded several hits with The Rembrandts, Jude Cole, Cock Robin, Martika, as well as alternative bands (XTC, Robyn Hitchcock, The Sugarcubes), and many others. Since 1994, Mastelotto has been a member of King Crimson and done thousands of live shows and participated in several Crimson records, including producing and mixing the King Crimson ProjeKcts. He also currently runs several side projects including Mastica, TU, Tuner, and KTU. Mastelotto is also a member of the melodic rock band Mecca. 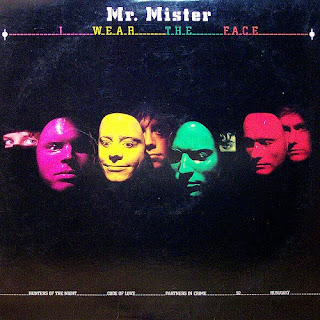 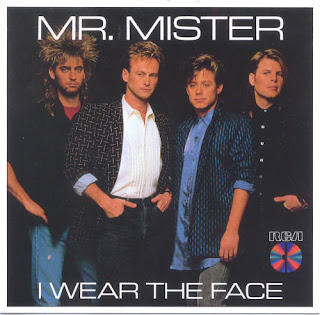 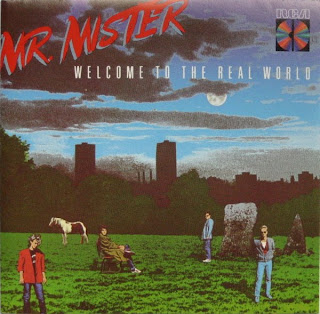 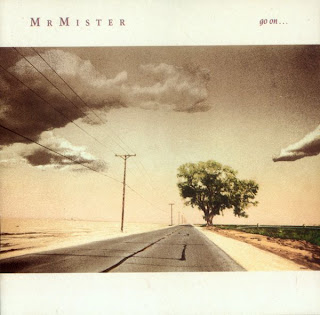 Go On… is Mr. Mister's third studio album, released on September 8, 1987. This album featured a more serious tone than their previous album Welcome to the Real World, which was commercially successful. This album did not fare as well commercially and would become the last publicly released album by the band before they broke up in 1989. This album peaked to #55 in the U.S. The following singles were released: Something Real (#29 U.S.), Healing Waters, The Border, and Stand and Deliver.

Pull is Mr. Mister's fourth studio album. It was released on November 23, 2010. However, it was originally recorded from 1989 to 1990, but due to the band's being left without a record company - and subsequent breakup - the album was left unreleased until 2010, when it was remixed and released. In the intervening time, bootleg copies of the album (along with various fan-made album cover images) could be found on the Internet. In 2010, the album was finally released by Richard Page's own Little Dume Recordings label. No singles were released from this album, although one track ("We Belong to No One") was offered as a free download from the Little Dume website while the album was being prepped for release. Also, "Waiting in My Dreams" was first featured on the band's The Best of Mr. Mister album.