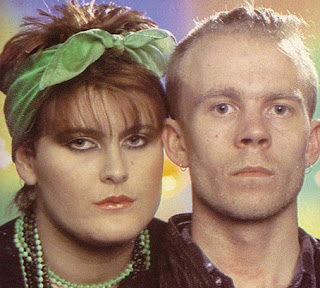 Yazoo (also known as Yaz in the United States) are an English synthpop duo from Basildon, Essex. They had a number of Top 10 hits in the UK charts in the early 1980s. Formed in late 1981 by former Depeche Mode songwriter Vince Clarke (synthesizer) and Alison Moyet (vocals), Yazoo were signed to Mute Records in the United Kingdom and (as "Yaz") to Sire Records in the United States. The name 'Yazoo', according to Moyet, came from the labels of old blues albums: Yazoo Records. Yazoo's initial foray into the US was disastrous when they received a £3.5 million lawsuit threat over the band's name. Yazoo renamed to Yaz for the US market because the name was already in use by a small American rock band. Yazoo released two successful studio albums, Upstairs at Eric's in 1982 and You and Me Both in 1983. Shortly after, Moyet and Clarke decided to break up. Moyet pursued a solo career while Clarke went on to form Erasure, another synth pop duo. Yazoo reunited in 2008 with a tour in Europe and the United States and the release of a four-disc box set. Though the band's initial run was short-lived, Yazoo continues to influence and inspire many of today's bands, including LCD Soundsystem, Shiny Toy Guns, Blaqk Audio, Hercules and Love Affair, La Roux, and Gil Mantera's Party Dream. 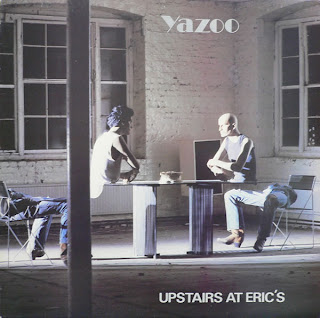 Upstairs at Eric's is Yazoo's debut album, released on August 23, 1982. It was produced by the band and E.C. Radcliffe with assistance from Daniel Miller. The album was named after the duo's living space in producer Eric Radcliffe's home during the recording. The album is an influential synth pop release which did much to establish the link between American-style R&B and European electronica, a marriage which defined much of the Top 40 throughout the 1980s. The album charted to #2 in the U.K. (Platinum disc) and #92 in the U.S. It spawned the following singles: Only You (#2 U.K., #67 U.S.), Don't Go (#3 U.K., #1 U.S. Dance charts), and Situation (#73 U.S., #16 Netherlands).

Original Tracklisting (also LP tracklisting) (THIS IS THE UPLOADED FILE!!): 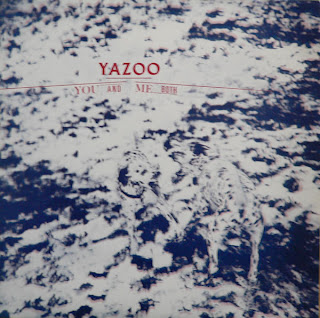 You And Me Both is Yazoo's second and last studio album, released on July 4, 1983. As was their debut, the record was produced by Yazoo members Vince Clarke and Alison Moyet along with E.C. Radcliffe. Upon its release You and Me Both received positive reviews from music critics who noted that the album showed strong progression in songwriting and production from both Moyet and Clarke from their debut. The duo, however, announced their split on the eve of the album's UK release. Moyet would soon begin a successful solo career and Clarke eventually formed the synthpop duo Erasure. The album charted to #1 in the U.K. (Silver disc) and #69 in the U.S. The following singles were released: Nobody's Diary (#3 U.K., #1 U.S. Dance charts) and Walk Away from Love (as a Japan promo- only single). 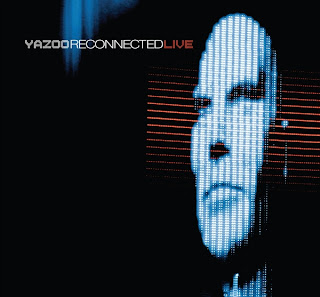 Reconnected Live is Yazoo's live album, released on September 27, 2010 by Mute Records. It was released in several formats: a standard 2-CD set, a limited edition 2-CD deluxe edition containing a 32-page hardback book, and as a digital download. Reconnected Live was produced by Yazoo, recorded by Martin Hildred and mixed by Vince Clarke and Dave Loudoun. The tracks were taken from several different venues from their Reconnected Tour in 2008. This tour marked the first time he duo had performed any songs from their second album You and Me Both live, and it was their first full tour of North America. 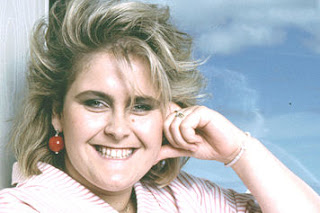 Geneviève Alison Jane Moyet was born on June 18, 1961 in Billericay, Essex, England to a French father and and English mother. She is an English pop singer-songwriter, noted for her bluesy voice, whose UK album sales have reached a certified 2.3 million, with 800,000 singles sold, all in the UK, where all seven of her studio albums and three compilation albums have charted in the Top 40 UK Album Chart, with two of the albums reaching number one. She has also achieved nine Top 30 singles and five Top 10 hits in the UK Singles Chart. Upon leaving school at 16, she worked as a shop assistant and trained as a piano tuner. She was involved in a number of punk rock, pub rock and blues bands in the South East Essex area during the late 1970s and early 1980s, including the Vandals, the Screamin' Ab Dabs, the Vicars and the Little Roosters (the latter featuring Gary Lammin formerly of Cock Sparrer). Then she formed part of the successful and heterogenous duo, Yazoo. After two highly successful albums and a powerful influence on subsequent bands, the duo disbanded and Alison went on with an equally successful solo career, scoring a myriad of charting hits. However, due to prolonged litigation with Sony, Moyet did not record or release a new studio album for over eight years after the release of Essex. During this time, however, she recorded vocals for Tricky, Sylk-130, Ocean Colour Scene, The Lightning Seeds, and King Britt, and was featured on the British leg of the Lilith Fair tour. In August 2002, Moyet was released from her Sony contract. Moyet signed to Sanctuary Records and released her first studio album in eight years. Alison has confirmed that she is writing her new album with Guy Sigsworth. Alison confirmed on BBC 6 live her new album (8th solo album) will be released in 2012 and she will be touring to promote the release. Alison recently revealed on her website that her new album is 70% complete. Latest news from Alison's management Modest Management is her new album will not be released until 2012. 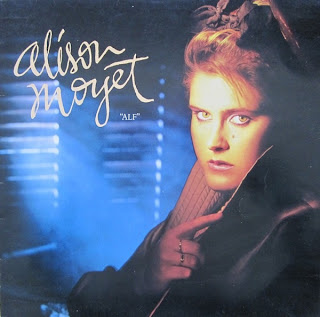 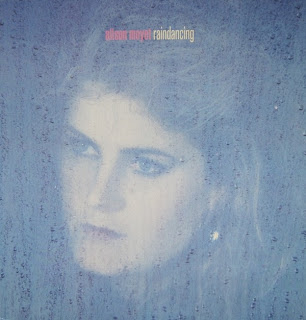 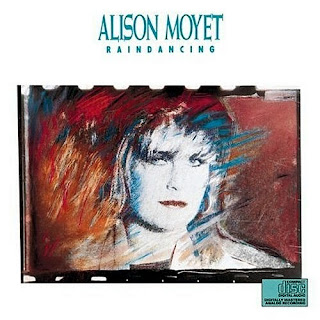 Raindancing is Alison Moyet's second studio album, released in July, 1987. The US version of Raindancing was released with a different cover and the tracks in re-arranged order. The album charted to #2 in the U.K. (2x Platinum discs) and #94 in the U.S. This album spawned the following singles: Is This Love? (co-written by Dave Stewart from the Eurythmics) (#3 U.K., 1986), Weak in the Presence of Beauty (#6 U.K.), Ordinary Girl (#43 U.K.), and Sleep Like Breathing (#80 U.K.).

UK Tracklisting: (THIS IS THE UPLOADED FILE!!!) 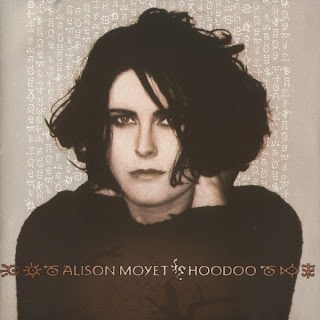 Hoodoo is Alison Moyet's third studio album, released on April 22, 1991 in the U.K. and on August 27, 1991 in the U.S. Moyet's record company wanted the pop hits to continue to flow but this left the singer feeling artistically compromised and under pressure to deliver. This is reflected in the sombre and melancholy Hoodoo which received little support or promotion from Sony, although lead single "It Wont Be Long" secured her a Grammy nomination for best song in 1991. The album includes contributions from Kirsty MacColl, Steve Lillywhite (producer for U2, Toyah, ABBA's Frida, among other artists), Marius De Vries, ex-Fine Young Cannibals Andy Cox and David Steele, and "This House" was originally recorded as a duet with Vince Clarke/Erasure - this version however never surfaced since Sony Music, for reasons unknown, wouldn't allow it to be released. The album charted to #11 in the U.K. (Silver disc). The following singles were released: It Won't Be Long (#50 U.K.), Wishing You Were Here (#72 U.K.), This House (#40 U.K.), and Hoodoo. 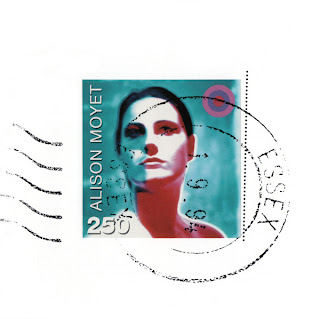 Essex is Alison Moyet's fourth studio album, released on March 21, 1994. The album (although recorded in Liverpool) is named after the artist's native Essex, England. Essex was again a source of controversy for the singer. In order for the album to be released at all, her label (originally CBS/Columbia - as of 1988 a subsidiary label of Sony Music Entertainment) insisted that certain Essex tracks were to be re-recorded and re-produced, and that there be additional material remixed to create a more 'commercial' package. The acoustic ballad "Whispering Your Name" was for example turned into an upbeat dance single and released as the second single after "Falling" failed to live up to the label's expectations. The re-recording of "Ode To Boy", originally from Yazoo's 1983 album You and Me Both, was later given the dance remix treatment by Junior Vasquez.
Due to prolonged litigation with Sony, this was to be Moyet's last full-length studio album for over eight years. The album charted to #24 in the U.K. and #194 in the U.S. This album spawned the foolowing singles: Falling (#42 U.K.), Whispering Your Name (#18 U.K.), Getting into Something (#51 U.K.), and Ode to Boy II (#59 U.K.). 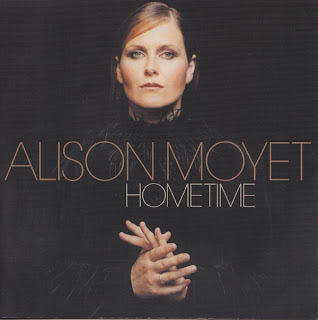 Hometime is Alison Moyet's fifth studio album, released on August 19, 2002 in the U.K. and on September 10, 2002 in the U.S. There is a gap of almost eight years between the release of Essex, the singer's previous studio album, and Hometime; this was caused by a dispute between the singer and Sony Music Entertainment, her former record label, who wanted her to produce what they saw as more "commercial" music. Hometime was the first album by Moyet released by her new record label, Sanctuary Records. Much to the chagrin of Sony - who had refused to release the album - Hometime enjoyed a great deal of critical and commercial success; the album sold in excess of a quarter of a million copies in the UK within the first months of its release, Moyet became one of the top five bestselling female artists of 2002, and was nominated for a BRIT Award and a Mercury Music Prize that year. Hometime was produced by The Insects (Tim Norfolk and Bob Locke) who had previously worked with Massive Attack and Madonna among others. The album charted to #18 in the U.K. (Silver disc). The following singles were taken: Should I Feel That It's Over (#144 U.K.), Do You Ever Wonder (#113 U.K.), and More (#127 U.K.). 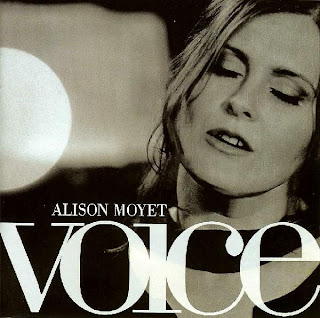 Voice is Alison Moyet's sixth studio album, released on September 6, 2004 in the U.K. and on October 12, 2004 in the U.S. It is a covers album, though not a typical one for a singer such as Moyet; the tracks chosen are slow-tempo, classic songs from a number of different genres, designed to showcase the singer's voice. The album charted to #7 in the U.K. (Gold disc). Only one single was taken from this album and it was Almost Blue/Alfie (#99 U.K.). 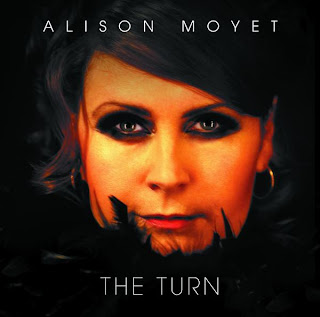 The Turn is Alison Moyet's seventh and so far last studio album, released on October 15, 2007. This album includes 3 tracks first written and performed in 2006 for stage play Smaller, in which Moyet starred with her long-time friend and comedienne Dawn French. The album charted to #21 in the U.K. This album spawned the following singles: One More Time (#151 U.K.) and A Guy Like You. 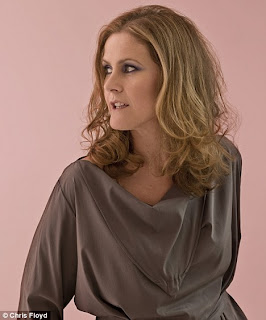 Alison Situated is a self-made compilation which includes non-album tracks from Yazoo such as 1982 hit The Other Side of Love plus a few non-album tracks as a solo artist such as That Ole Devil Called Love, Love Letters, among many others.