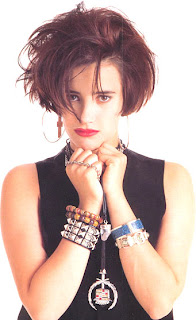 Marta Marrero was born on May 18, 1969 in Whittier, California, the daughter of Cuban parents. She is a singer-songwriter and actress. Marrero entered mainstream show business in an uncredited role as one of the orphan girls in the 1982 motion picture Annie. This led to her being cast as Gloria on the long-running kids show Kids Incorporated as one of a group of neighborhood kids (one of her co-stars was Stacy Ferguson, better known as Fergie from Black Eyed Peas) who rise to local fame by singing staged productions at a corner malt shop. Martika and many fellow Kids Incorporated cast members were featured in the musical numbers from the Mr. T motivational video Be Somebody... or Be Somebody's Fool! in 1984. Following her role in Kids Incorporated and Be Somebody, Martika was signed by CBS Records as a potential Madonna-like pop star. Her first solo release, however, was released only in Japan. "We are Music" was recorded to promote Sony cassette tapes in the Japanese market, where the song was released in the 12", 7" and CD formats. She recorded two studio albums and her solo career though for a brief time, mainly due to her signature hit, Toy Soldiers. During this time she decided to juggle between her singing career and acting career. Martika played the role of the lounge singer Dahlia Mendez in the early 1990s cop show Wiseguy, opposite Steven Bauer, but the return to acting was brief and she eventually faded from the public eye around 1993. Ever since then, she has tried to relaunch her music career to no success. he built martika.net in 2001, a website for her fans, and released a remix of a newly self-recorded song called "The Journey". She also recorded a track entitled “Monday” for a new solo album which the website stated was on its way. “The Journey” had 5,000 hits as a free download on mp3.com’s music service. Eventually, however, her website was shut down, the album never materializing.Eventually she and husband Michael Mozart formed the duo Oppera, releasing two albums. In October 2009, it was announced that Martika, now going under the stage name Vida Edit, will star in the new web-based television action program J8ded, as Lolly Pop. 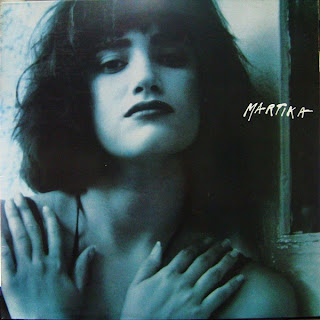 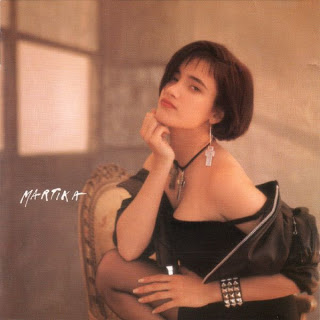 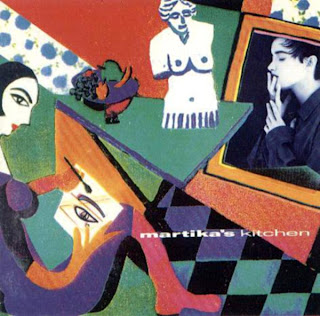 Martika's Kitchen is Martika's second and last studio album, released on August 27, 1991. It features four songs written and produced by Prince. The album was a departure in musical styles from Martika's debut album. "Martika's Kitchen" incorporates elements of gospel, jazz, funk, R&B and traditional Cuban music. The album charted to #111 in the U.S. and #15 in the U.K. The following singles were taken: Love…Thy Will Be Done (#10 U.S., #9 U.K.), Martika's Kitchen (#93 U.S., #17 U.K.), Coloured Kisses (#41 U.K.), Safe in the Arms of Love, Spirit (promo only), and her duet with Celia Cruz, Mi Tierra (promo only in Argentina).